🤔 Looking for a cup of Nostalgia right away? ☕ Then stop on by our new cafe! 📍 The Power of Women

The Power of Women

This is our first of many blog posts to come where we will explore recipes, brewing guides, facts, the inner workings of Nostalgia, and a broader dialogue on what makes us a true leader in the coffee industry. Please feel free to email ideas or comment below regarding any subjects you’d like to hear us cover.

First off, if you know Nostalgia, then you know that we are darn proud to be a gay woman-owned company!  As everyone who works with us knows, at Nostalgia Coffee we are all about diversity, equity, and inclusion in everything we do. Given that it is Women’s History Month, I wanted pass on some thoughts in that regard.

One key factor for Nostalgia’s success is the power of women on our team and how they make our company stronger, smarter, more driven, more successful, and make wiser decisions. This blog was initially going to simply highlight the amazing women on our team and whom we work with, but we’ll also take this time to tell you why we think having women in leadership roles at Nostalgia has and will continue to make us successful.

Our founder always says, ‘bringing the most representative and diverse group of leaders together makes real change both on decision-making and outcomes which benefits the whole, not the individual’ and this is backed up by facts.

With that in mind, we at Nostalgia, make it a point to have and work with the most diverse and talented group possible. Our team is 75% female. Our Head of Sales (Gill) and Head of R&D (Steph) are both women. They bring resilience and drive to the team that makes us wildly successful, allows us to lead with kindness, and gain different perspectives on every choice we make.

We seek out women producers in coffee. Our Glory Days dark roast is 100% female-produced coffee from Southern Mexico and is one of the highest-rated dark roasts in the world. Our direct trade relationship in Sumatra is from a 100% woman-owned co-op with a mom and daughter at the helm. Furthermore, we just began working with a young woman named Valeria who is 16 years old and lives in Colombia. Unlike most kids today, she wants to be in agriculture and sees the potential for earning a thriving wage for her coffee thanks to consumers like you who are willing to pay more for that morning cup. We had the honor to connect with her last year, and without tasting her coffee, we as a team decided to buy her first harvest and have promised to do so every year going forward. Why? Because it’s important to show support and commitment, to seek out and help lift the people who are at a fundamental disadvantage and make decisions that are not always financially motivated but rather, impact-driven. We also can’t ignore the fact that female producers in Colombia have substantially fewer resources and outlets to sell their coffee than their male counterparts. Plus, the facts show that she’ll eventually be more successful than her peers and this will lead to real positive change for her community. Why is all of this important?

A recent Nordea study analyzed close to 11,000 publicly traded companies around the globe. ‘The results are clear: companies run by women perform far better than the market.’ Their results showed that companies with a female CEO or chairperson of the board of directors (that is, all 400 of them) had averaged a 25% annualized return since 2009--more than double the 11% that the MSCI World Index delivered.

Another study published by the UC Davis revealed that big California companies with at least some women at the top performed considerably better than ones with mostly male boards and executives. The study surveyed the 400 largest public companies headquartered in California and looked at the gender diversity of their C-suites and boardrooms. Among the 25 firms with the highest percentage of women execs and board members, researchers found that median returns on assets and equity in 2015 were at least 74% higher than among the overall group of companies surveyed.

It is clear-- having women in leadership positions isn’t just rad or the right thing to do, but it is the smart thing to do. None of these reports nor us are saying that just simply having a woman in power will always lead to better outcomes, but we know that most women who are senior executives today have experienced and seen plenty of gender-based inequity and are sensitized to the micro-level signaling that goes with it. Hence, they are more likely than men to see things through a gender lens and to bring to new interactions their accumulated experience of dealing professionally, academically, and personally with men.

As the Harvard Business Review noted ‘when we talk about male and female styles, we are talking about tendencies, not absolutes.’ [There is a spectrum among all individuals (male, female or non-binary) but for the sake of this blog, we are speaking in generalities regarding female characteristics.] ‘Prior research has established that women attend more to relationships and to the challenge of balancing multiple stakeholders’ interests. A March 2013 study of more than 600 corporate board directors published in the International Journal of Business Governance and Ethics bears this out. It finds that female directors are more likely to consider the rights of others and to take a cooperative approach to decision-making in order to arrive at a fair and moral decision that benefits all parties. They also engage in more collaboration and consensus-building, not only to make sound decisions but also to elicit support for a course of action.’ 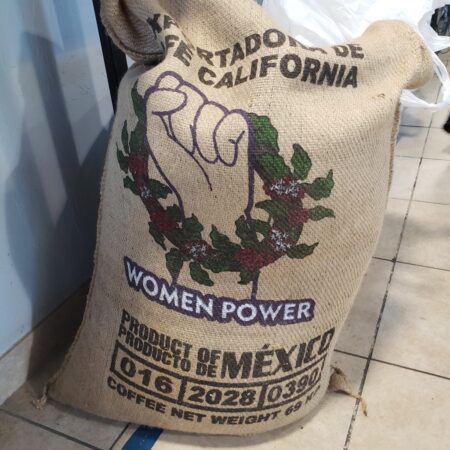 Women’s History Month has different meanings for everyone, and this is just one perspective on how Nostalgia approaches the subject and makes decisions. After all, we know the struggles of getting access to capital because we are majority women-owned and our founder is gay, and we know what it’s like to be treated differently than our male counterparts in everything we do; yet we continue to push forward every day with strength and confidence knowing that we are doing the right thing.

In 2022, women around the world continue to fight for equality, dignity, and basic human rights, but we all have the power to make an impact. We are, you can, and we all should.

Happy Women’s History Month and thanks for supporting Nostalgia!

Comments will be approved before showing up.